Ah, today is the first day of my daughter’s middle school track practice.  Of course, we live in Seattle and it is raining. Oh boy, nothing like being wet and miserable for track practice.

Our family isn’t much for running. My brother completed at the high school date level but he is the only runner in the family.  I’m always surprised when my kids went out and joined the track team. It’s a no cut sport so they make the team no matter what.

My daughter has stated she doesn’t like to run, however, she is joining the track team as a show of support for her friend. Kudos to her!

The other nice thing she said: we don’t have to go to any of the track meets! Yes!!!!  It is truly an awesome thing to tell your lazy father (little old me) that he isn’t required to go to any track meets. Yippee!

Don’t get me wrong; I enjoy a watching my kids compete in their various sports….as long as it is sunny outside and I’m comfortable.  And I don’t mind being in a pleasant indoor, heated arena.  You know, sports like volleyball, swimming, basketball.

With my daughter saying I don’t have to attend her track meets, it really means I don’t have to be out in the rain, in the wind, or in the typical miserable spring weather we have in the Puget Sound area.  It also mean I avoid sitting on an uncomfortable outdoor metal bench and watch my daughter run in the forementioned miserable weather.  Instead, I can sit on my big butt on the couch and watch afternoon talk shows and order a pizza via my smartphone.  Heck, I might even have a hot cocoa and flip on my gas fireplace while I stare out my living room, watching the rain pour or drizzle down. 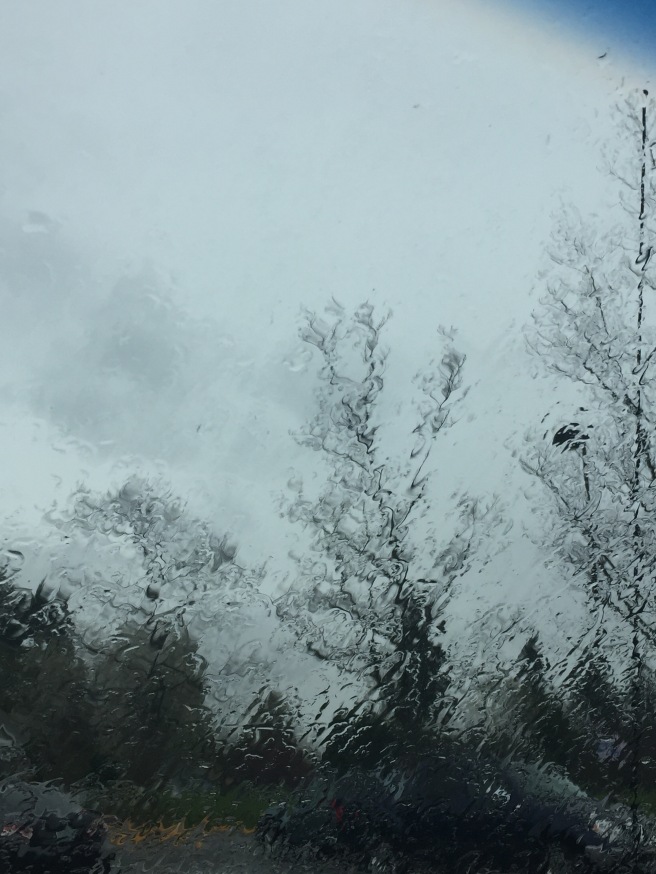 Thanks again daughter for giving me a get out of track jail free card!  I will truly enjoy staying home and not watching you not run.

But let’s get back to the focus of National Hot Tub Day and that is Hot Tubs.  Hot tubs are a wonderful way to soak away your problems and worries.  It’s like a vacation at your own home.  I like to make sure my hot tub is properly maintained.  Lucky for me, I don’t have sensitive skin, just sensitive feelings.  OK, we know I don’t have any feelings but we still want to have some nice hot tub water.

Lately, we have had some cold and rainy weather.  After all, it is Seattle and we don’t get sunshine until July.  I’ve been feeling cold lately, so I love to enjoy the hot tub when it is chilly out.  My muscles and joint loosen up and I can just sit there and float.  For roughly 15 minutes, I can just relax.  I can pretend I’m at a ski resort or on the beach on the island of Kauai.

Those are my awesome (or rather worthless) hot tub tips for National Hot Tub Day!  I know you won’t bother to play attention to them but at least pretend you read the whole blog post and give it a big “LIKE”.  Can you do that?  Thanks! 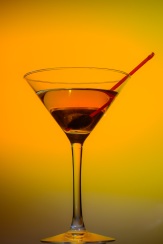 Just to be clear, Manhattan, the cocktail drink is my kryptonite.  Not Manhattan, one of the five boroughs of New York City.  Sure, Manhattan and New York City are fabulous.  However, this post is about the drink.

Let’s be frank…I enjoy whiskey and scotch.  So a Manhattan has whisky in it so of course, you know I’ll enjoy it.

Cocktail drinks bring up certain emotions and memories.  One of my favorite memories of the Manhattan cocktail drink is having one with my cousin Stephen in Manhattan.  Stephen is more of a little brother than a cousin.  So whenever I enjoy a Manhattan drink, I think of him.  Manhattan is my signature cocktail drink with him.  A memory to savor, enjoy, and fall back into the depths of my fond memories of New York City.

The Manhattan cocktail isn’t my downfall, however, it does bring me to a sentimental place.  The place where happiness and good memories intersect into a valt of feelings.

Another cocktail drink I enjoy….Vodka Lemonade.  A sip of a nicely blended Vodka Lemonade brings me back  to the numerous summers on the shores of Lake Entiat at Lincoln Rock State Park with my family.  You can also add Maui to the memories of Vodka Lemonade.

Since I lived in and visit Hawaii often, I always like a Mai Tai cocktail.  I don’t like to drink too many sugary drinks, but a Mai Tai does hit the spot.

What drinks instantly bring you back to a fond memory?  Or perhaps a band memory?

And as always: Drink responsibly.

Let’s face it, you hate people, I hate people, and we really hate sitting next to them in the airplane.  Sure, we all wish we could afford First Class but we can’t.  However, we can use certain techniques to maximize your seat space on the airplane.

As always, I know these eight awesome travel tips will really bring you to the top of your worthless life.  What better way to make it to the lower bottom of life?

You’ll be pleased to know that this blog post is approved by both my wife and Mr. Whiskers.   Yet, I haven’t had a chance to ask Cyndi, my imaginary stalker, if she likes it or not.

A few of my friends will ask “Hey, how come you love your wife so much?”  Well, clearly it is because she manipulates me.   She knows what motivates me into being a better person. We all know my wife is the better half of this marriage.  No one asks me “How are you doing?”  But they always ask about her and how she is doing. (Maybe they know she is going nuts because she is married to me?).

One could argue that manipulating  your spouse is wrong, however in reality, we all do it. My wife knows exactly how to steer me in the “right” direction. Usually, her direction is the right direction (unless it interferes with Mr. Whisker’s nap time).  Is it wrong to give your spouse limited choices, that result in the correct choice?  The choice that, in the end, is the right choice?

Now the manipulation only works if that person believes in  you…or wants to believe in you.  We all want our significant other to motivate us, push us, encourage us to succeed.  We all enjoy that manipulation because it appeals to our own desire to be a winner.  You could say that our spouses motivate us, in which they do, but they manipulate us as well.

But what if our spouses had given up on us? Should we change the tables and perhaps push them back into a position we want them to be? Shouldn’t we rise up and encourage them to fall back in love with the loveable loser (that’s you dear reader) again?  Let’s look at some completely worthless advice tips that probably won’t help you with your relationship but are nevertheless the point of this blog.

Worthless Advice Tips to Manipulate Your Spouse into Loving You Again:

Again thanks for stopping by and reading my “Worthless Advice Tips to Manipulate Your Spouse into Loving You Again”.  Feel free to forward this on to your friends and spouse.  Leave a few comments below…

It’s summer here and that means there are a fair amount of yard sales in my local community.  It’s like a gold rush of junk and the everyone wants to sell their treasures!  I enjoy a good garage sale like the next guy (if that guy happens to be a hoarder).  You can find some good tools, cheap books, dangerous toys, out of style clothes, and dead Nana’s ashes.

Perhaps you want to sell your Treasures?   Follow my Tips for Huge Garage Sales!

After those final customers sober up, you can get rid of the reminder items on Craig’s List for FREE!

Do you have some awesome tips or a story to share?  Leave them in the comments below!

Since it is summer time, we have a few chores around my house that we need to finish up.  One is clearing out the “treasures” (worthless crap) we have accumulated over the years but have no good use for anymore.  Granted, at one time I thought I did need a huge pink “Hello Kitty” desk for my office to be a successful blogger, but now I know I don’t (mainly because I’m not a successful blogger).  Besides, my imaginary stalker Cyndi said she would gladly take it off my hands anytime I needed her to.

Unlike my worthless advice I offer to you my dear readers, some of these items are good, usable items.  And you know I really hate making the trip to the local garbage dump when I know a lot of my treasures could have a second life with someone else.  That’s when I turn to my friend Craig’s List.

Sure, some people are scared of Craig’s List (because who isn’t scared of meeting a stranger in a back alley for new flat screen TV?) but when you want to avoid making a trip to the garbage dump, Craig’s List can be your best friend.  Now that I don’t have a truck, it is hard for me to take large items to the garbage dump, donation center, or the recycling center.  Instead of me asking my friend to borrow his truck, I throw everything up on Craig’s List for free.

Today, I got rid of some really cool solar water heater panels.  They aren’t as bad as having a broken down wash machine in your front hard, but solar panels were nice but a wind storm had knocked them over and the glass was destroyed.  I had a few problems setting up the solar water heater system last year, then replacing the glass seemed expensive (4 ft x 8 ft sheets), and they didn’t fit into my “White Trash Theme” I have going on in the backyard, so I decided to get rid of them.  Now, I’m sure I could have sold them on Craig’s List but sometimes that is more of a hassle that the money I’d make out of the project.

This morning I posted the ad and within 30 minutes, two guys came and picked them up. As a bonus, they also picked up all my other free junk out in the driveway.  It was awesome.  I just saved myself about $50 in dump fees and a trip to the Bow Lake Transfer Station.

If you are worried about people coming to your house, you can also put your treasures on the corner of your neighborhood with a “free” sign on it.  I have a neighbor who is gone 11 months of the year so we usually put all the items in front of his house.  Plus, I have an awesome view of watching people gathering up my “treasures”.

That’s your worthless advice tip of the day!  Keep on getting rid of those treasures!