The only blog that you really want to read…or ignore.

Why Scout Camp is Awful for Helicopter Parents….

Ah, Boy Scout camp….the dirt, the camping, the lack of good bathrooms.  It is all the experience of growing up and not having your parents hovering over you every minute of the day.  Some parents enjoy sending their child off to summer camp (hey, free babysitting and they get fed three times a day? What isn’t to love?).  Others are quite anxious that their little baby is headed off to summer camp.  I can understand that.

Compared to school, summer camp is the helicopter parent’s worst nightmare.  At school, the parents know what their child is doing.  They can view their child’s grade online.  They can volunteer to be the room parent.  If their son messes up, they can email the teacher, then do a follow up voicemail to make sure the teacher received the email, and then write a note to the teacher (and send it back in the child’s homework folder), and to make sure the teacher got the note in the homework folder, the parent can come to the classroom before school starts. 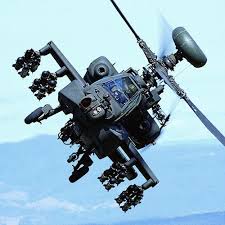 What do you mean my son didn’t earn anything while at Scout camp?

Of course, it doesn’t matter that the email the helicopter parent sent was at 4:30 pm on Friday afternoon, the voicemail they left was at 4:35 pm, and the note they wrote was at 4:37 pm, and when they show up at school 35 minutes before school on Monday morning, they wonder why the teacher hasn’t replied yet.

Now, these helicopter parenting skills just won’t work for summer camp.  Scoutmasters don’t answer emails and they don’t return voicemails.  At the last summer camp this past week, I had no Smartphone coverage.  And I like it that way.

What happens to the poor scout when their helicopter parent isn’t around?  They survive.  They wear the same clothes all week long (using these clothes as a bib, towel, and Kleenex).  They don’t think of showering, they spill numerous food items on themselves and others.  Brush their teeth?  What is that?

Our job as Scoutmasters is to remind your son to put on sunscreen, drink his water, get to his merit badge classes, and wash his hands.  If your son chooses not to do the fore mentioned items, that is his choice.  Yes, it is a stupid choices but it is his choice.  We’ll ride his ass and remind him about ten times a day but it comes down to him doing it, he has to be self managed.  I’ll tell him to take a shower but that doesn’t mean he’ll do it.  And when I ask him if he has taken a shower, he’ll say “yes” but that shower was the one back at his house three days ago.  When I see him on the trail, I’ll ask him if he has been drinking his water (from the water bottle he left back in his cabin) and he’ll say “yes”.  And when I see him sunburned and ask him did you put on sunscreen, he’ll answer “yes” (he put in on yesterday….doesn’t it last three days because he didn’t take a shower?).

We are constantly reminding them to do things for their well being but that doesn’t mean they will actually do it.  They’ll walk off and pretend to do something but they don’t.

As I’ve said before, not letting your child do things on their own will lead to their failure in school, at Scout camp, and in life.  Scout camp is the week long test of how you have failed as a parent.  Does your child come back from summer camp smelling like the sewer plant down the street?  Does your scout come back with no merit badges completed because he can’t do them without you?

One of the worst mistakes you can make is packing your scout’s backpack for summer camp.  If you pack it, how is he going to know where anything is in his backpack?  Have him lay out his clothes, you double check, and then he can pack his own bag.  Then he can find everything at summer camp and his Scoutmaster won’t be asking him where his toothbrush is.

Land that helicopter now.  Let your son do things on his own and learn from his triumphs and failures.  Let him be peer pressured into doing the right thing.

As always, your witty comments and vast knowledge are welcome!