The only blog that you really want to read…or ignore.

I put Cocaine on my Roof….

I live in the Pacific Northwest (Seattle area) and it is damp and rainy here about 97% of the time.  Perhaps, that is not entirely true but we have 226 cloudy days (4th most in the United States) and another 81 partly cloudy days.  Now, I’m not a math genius but that’s a lot in anyone’s book.

So we have a moss problem on our roofs.  I mentioned to my friend that the moss build up on my roof looked awful and I need to go buy some moss killer at the local hardware store.  He suggested to me, use baking soda.  It’s natural and you just put it on the top ridgeline of the roof when the roof is dry.  The rain comes and gently washes it down your roof and kills the moss.  The moss dies, and you can sweep off the dead moss or use your leaf blower to blow it into your neighbor’s yard. 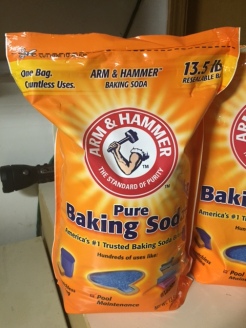 Who wants to cook their minds?

At Costco, I purchased a huge bag (13.5 pound bag) of Arm and Hammer baking soda for about $7.  I have a fairly large roof so I dumped about ¾ of the bag on it.  I went along the top of the roof ridge with a line on each side of the tip so the baking soda would be washed down both sides of the roof.  My son mentioned it looked like lines of cocaine on my roof.  Thanks son!  My daughter commented it looked ghetto (sweet!  I love to be “that” house in the neighborhood).  I’m always striving to be that house that stands out amongst its neighbors!

The end result:  Moss is dead and I’ve swept most of it off.  The white lines are disappearing and can be easily washed off or swept away if they don’t disappear on their own. 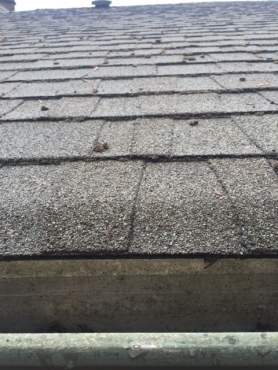