Sorry that this is a worthless advice tip…..and it doesn’t feature any kitty cats.  Well, just a picture of a cat; that’s it.

For the past few months, we have decided to clean up and get rid of a lot of stuff that has accumulated over the past 13 years here in our mansion.  Part of this cleaning focus stems from my Father passing away and my Mom needing help to get rid of stuff.  In December, my son and I flew to Kauai to help my mom tackle the office and help close down the photography business.

When I came home, my son and I were in agreement that we needed to clear out the clutter. His words were something to the tune of “Please don’t leave me with a bunch of stuff to get rid of when you die.”  Now, I’m not planning on dying soon but I do want to remove clutter and clean up.  My wife is fully onboard and my daughter thinks we are “messy” so she fully agrees as well 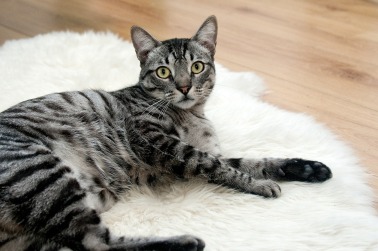 Today I noticed a slight build up of kitchen grease on the very top of our kitchen cabinet above the stove.  I did a quick YouTube search and came across this helpful video (see below) I thought I’d share with you.  This isn’t my video or my house.  Enjoy the video and if you have any cleaning tips, please feel free to share them in the comments below!

In a swift and bold mood, Jack Fernwood announced to his family this morning that all future vacations will be cancelled.  Citing his children’s lack of interest in doing anything other than playing on their smartphones, iPads, iPods, computers, and watching TV, Jack made the announcement over breakfast while drinking a non-fat mocha while on vacation in Hawaii.

As Jack drank his fancy coffee drink and made this shocking announcement, no one in his family bothered to comment because they were all too busy playing on their various electronic devices.  When he made the announcement for the fifth time, his 14 year old daughter Sarah was quick to post on her Facebook a scalding post about how unfair her father was.  She followed this post with a self portrait of herself with the sand beaches of Hawaii behind her.

Jack’s 12 year old son Brad was quoted as saying “Whatever” and continued to play his computer game.

Cindy, Jack’s wife (age undisclosed) gave her husband the “I’m going to kill you” look while she texted messages back and forth with her best friend Jackie.

Jack did say that he was tired of spending thousands of dollars on family vacations while everyone was just going to sit around and play on their “stupid phones”.  He cited their recent whale watching trip where his children were texting their friends back home and totally missed the family of humpback whales that went under their boat.

Jack’s friends back home, upon hearing the news, were not surprised.

His friend Raymond offer this insight into his friend Jack’s reasoning.

“Jack can fly off the handle once in while but we’ll come back to his senses.  I mean, really, do you think he has the guts to follow through with this?  His wife Cindy is going to kill him if he tried to implement this policy.  I’m sure we can attribute this outburst to Jack being overtired and grasping at the idea of his family actually enjoying a vacation together.  We all know in this wired world that he is a dinosaur when it comes to old family vacation ideas.”

Sources close to Cindy did give us a little insight into her thinking by mentioning the terms “over my dead body” and “he’ll rethink this little misstep if he knows what is good for him”.

The Wonderful and Wacky World of One Single Mom

A place to write all I need to write.

Where a little insanity goes a long way

Funny Blogs With A Hint Of Personal Development

"A Word of Substance"

My Life. My Experiences. My Love. My Words.

The only blog that you really want to read...or ignore.

Exploring the Library of Congress Archive